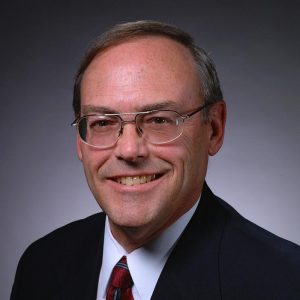 Mr. Wiegand is the director of the Statewide Urban Design and Specifications (SUDAS) Program at the Institute for Transportation at Iowa State University. He has over 45 years of experience in urban public works activities. As SUDAS Director, Wiegand assists in developing and maintaining manuals for both design and construction specifications for urban public works projects. These manuals are used by cities, counties, consultants, and the Iowa Department to implement urban public works projects covering areas from streets, underground utilities, site work, and landscaping to traffic signals, among many other work activities.  In addition, Mr. Wiegand, a professional engineer licensed in Iowa, conducts research on topics related to public works that will enhance the information provided in the SUDAS manuals.

Prior to joining InTrans, Mr. Wiegand spent over 30 years with the City of Ames, Iowa, the last 17 years as Public Works Director. He is a Life Member of the American Public Works Association and was named as one of their 2016 Top 10 Leaders of the Year.